ASK exchange with r5 or similar 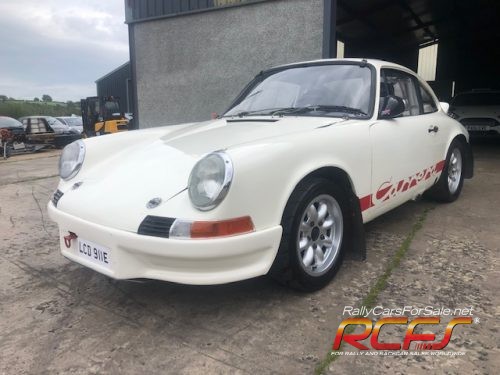 This LHD 1974 vehicle was originally built and campaigned successfully by Paul Drinkall in the British Historic Championship. The car was initially built and presented as a 2.7RS and the first MSA papers gained for the car were in 2004. As with many competition cars the vehicle has seen many changes and improvements over the years and some of these changes necessitated updating the MSA log book to ensure the car remained eligible.
Richard Lepley of Prepfab carried out the recent work to ensure not only that the car was compliant but also that all safety equipment inc. fuel cell, seats, belts and extinguishers were all up to date.
The current owner has gone to great effort and expense to ensure the car is not only on the button and ready to be enjoyed.
The engine was recently refreshed by Mike Bainbridge (Who ran the car with Paul Drinkall) and the close ratio 1985 Carrera transmission complete with ZF LSD, oil pump and cooler has also been overhauled. Since its major mechanical and cosmetic re-fresh the vehicle has only done a few road miles and has not been used in competition.

Other items listed by KG