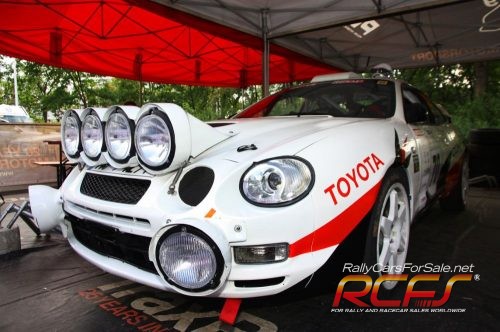 Rally Toyota Celica GT-Four ST205 (GT-Four) for the enthusiast of classic rallies and WRC cars from the 90ties. The car was prepared according to FIA homologation No 5521 for historic group A. The car is fully prepared to take part in national and international rallies and hill-climbs.
In the 2018 season, the Celica GT-Four won the championship title in the Motul Historic Rally Championship of Poland (Motul HRSMP) in PZM 6 class and the title of second vice-champion of Poland in the classification of Teams for Toyota Team Classic. The car has started in nine rallies and finished nine times. GT-Four has a valid PZM National Technical Passport.

History of starts (link to https://www.ewrc-results.com/profile/165322-michal-horodenski/

Other items listed by Solter Motorsport